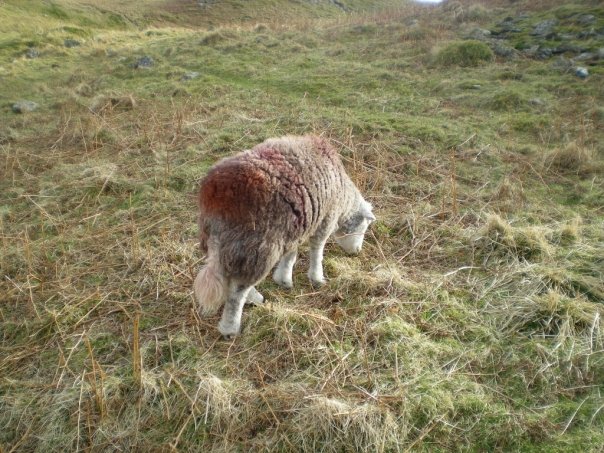 Shepherds: not a group of people we often hear from, not a group of people many of us really know. The term is an archaic one, as there are few people in the UK who simply look after sheep these days, yet they crop up again and again in our culture and language. Our word ‘pastoral’ is taken directly from them (the Latin pastor meaning ‘shepherd’); they can be faithfully found draped in tea towels every December in school and village hall nativities; we make pies named after them; and those of us who are that way inclined are familiar with a drop of Shepherd’s Neame to boot.

John Clare portrayed their lives in the 19th century in The Shepherd’s Calendar; a few years earlier, Wordsworth had taken a early punt at popularising the pastoral way of life as he saw it, on the cusp of being subsumed into those infamously satanic mills of the industrial revolution. Not that either poet was a farmer himself, though Clare was far closer to the land, having worked as an agricultural labourer.

As the son of a lawyer, Wordsworth preferred to spend his time wandering about the landscape on which his fellowmen worked themselves to death, but Michael shows that he understood the yeoman farmer’s deep tie to the land. Their life and work utterly rooted them, and once that tie between themselves, their land and the next generation had been broken then something would be lost for ever.

Shepherds today, whilst being fewer than ever, are certainly much more vocal. Alison O’Neill has carved out a niece as The Shepherdess, and top of the Times best-seller list a few weeks ago is The Shepherd’s Life, the tale of the life of Cumbrian farmer James Rebanks. If you haven’t read it yet, you can listen to it on BBC 4 (albeit in abridged form). It is a fascinating read (or listen), being much more than simply the life story of 21st century man. Rebanks is well aware of his historical and cultural place as a shepherd: Wordsworth and ‘those tourists’ both get a nod as he stands ‘daydreaming like a bloody poet or day-tripper’.

He effortless elevates the language of his farming life to a quasi-religious state: ‘making good hay is like a commandment from God’. He follows those ‘threads of understanding’ which link him not just to his own forebears but to a thousand years of history and culture relating to the land which he farms. It is the book of a lifetime and no doubt will be as popular with those who have never met a shepherd and those who spend every day heaving sheep around alike.

I am intrigued by the book because one particular shepherd had a definite influence on my life. When I was five my father’s business collapsed and we had to move from our own heavily-mortgaged house to a rented cottage, tied like a tired balloon to the edge of an old family estate. In years gone by one half of it had been a dairy, and the house still had two front doors, one for the milk and one for the people. The whole house was only one room wide: a single stroke of flint, bricks and mortar. My bedroom was directly over the old dairy, now used as a kitchen, and on winter days the wind rustled up through the floor boards, which had nothing but newspapers packed below them for insulation. The house was called Farm Cottage: for that’s what it was, a cottage on a working farm.

In this cottage, the kitchen might now hold an abandoned or orphaned ‘pet’ lamb, one so tiny that it needed the warmth of our cooker and milk dispensed from a grubby bottle. Whilst I made my breakfast it might urgently head-butt my leg until I fed it, and would then proceed to pee all over the floor, carefully missing the newspaper laid down for soaking up these torrents. I loved these lambs because they needed me.

I was scared of the huge cows which ambled past the window every day, shit streaming from their tails, and I wasn’t too keen on the adult sheep with their vacant eyes and propensity to drop down dead at any given moment, but the lambs I adored. I would get up in the night to help with the lambing, trudge through thigh-high snow to feed them in the winter, and stripped down to my vest to helping out with the shearing (the men did it topless but I wasn’t encouraged to follow suit.)

My parents did not run the farm; it was tenant-farmed by an old Herefordshire farmer who seemed absolutely ancient to me at the age of 5, but since he is still farming 21 years later he can’t have been all that old at the time. He had an almost impenetrable accent: in Suffolk, one didn’t meet many (nearly) Welsh people and I couldn’t understand why he sounded so odd. (I had a similar problem with my uncle who was from Yorkshire. We didn’t travel much at that time: holidays were invariable taken on the Norfolk coast.) He smelt funny, his clothes were covered in holes – I was sure I could see his underpants through a tear in the seat of his trousers – and his trousers were held up with a knotted piece of thin orange string. I was soon to realise that holding up trousers was only one of the many uses for the ever-present bailer twine!

We have never once, in all the years our family has known him, called him by his first name. We know it, of course, and his middle names too, which were carefully printed inside his glasses case, held together with sticking plaster. No-one else I knew had any one of those names, let along all three – they were imbued with a sense of spell-like strangeness and we steered clear of speaking them. He had had three wives (two simultaneously, we were told), was a Mormon, and saw women as inferior to men, so that when my brother was big enough to help out on the farm he was paid £5 a day, whereas for the last three years I had done the same work without a penny. This didn’t bother me at the time, but it infuriated my mother! 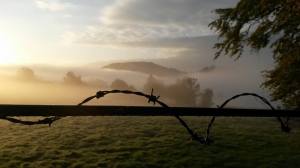 What I instantly recognised in the shepherds in Rebanks’ book were the same complicated contradictions and inherent antagonistic behaviour that I’d seen in this farmer. The passionate love of animals (one oft-repeated phrase my whole family still use is ‘if I see a sheep, I have to have it’) combined with a hard-edged realism when it came to life and death decisions. The intense competitive need to rear sheep which were better than everyone else’s, juxtaposed with a huge amount of fellow-feeling displayed both at market day over a cup of tea and a greasy bacon roll and whenever another farmer was down on his luck. The desire to be right, to have the courage of your own convictions, but also to take the losses and hardships of the farming life philosophically, to recognise that there is a power beyond the individual when comes through farming that land. Farming allows strong characters to shape their own world, to immerse themselves in the physical rough and tumble of life. It certainly seems to be more than just a way of earning a living; it is a chosen path, and one that cannot be easily turned away from.